We moved to Los Angeles in 1997 after the IATSE camera unions merged. Both my husband and I are from NYC and were members of Local 644, which covered the east coast. We’d moved to North Carolina to live at the beach and were going back and forth. Then the three different regional camera unions blended into Local 600 and every member was given the option of re-locating. We loved windsurfing and skiing/snowboarding – and movie business aspirations – so we decided to go for it.

I flew out for one week to find a place and my real estate agent said: “You should live in Larchmont.” I wanted to be closer to the beach, but when he showed me the neighborhood I knew he was right. I’m from Park Slope, Brooklyn, and grew up in a hundred year old house. It’s beautiful there, with tree lined streets and lovely Prospect Park, all a few miles from Manhattan – Larchmont Village felt like that only less crowded and cleaner. Plus, the house we rented had a yard and a parking spot! It was close to all the major studios, especially Paramount. We liked being in the city but feeling like we were in a small town. It was the perfect combination of North Carolina and New York City but with palm trees.

When we first moved, we were in our twenties and it was still fairly sleepy with very few other young couples. We loved that we could walk to Larchmont and to Melrose. Whenever we could, we were either windsurfing in Malibu or snowboarding in Mammoth. We considered moving closer to the beach, but didn’t find anything we liked when we looked. Then we found a house for sale a block away from our rental in Larchmont and decided to commit. That was when the neighborhood really started to change.

By the time we had our first child in 2000, there were young pregnant couples moving in all around us. We used to throw parties for the other toddlers and their parents – our house was always filled with neighbors. That was when I got involved with starting Larchmont Charter School. The students in those first few classes were literally babies together. When I was a toddler, my mother was part of a co-op nursery school in Brooklyn – it felt very much the same. The neighborhood was going through a massive transformation – it was great to be a part of that.

As a transplant I’ve noticed that often when we non-natives move here, we end up staying where we first landed – that was certainly true for us. I am so thankful that I was directed here to Larchmont Village. We are still close with those young couples we befriended in 2000. We restored our little bungalows while having kids; we planted trees, we started a school… Those babies are now teenagers and they are all friends and classmates. That seems special and rare. It’s hard to believe the depth of the roots we’ve put down here – I never expected to stay this long. But here we are twenty years and two kids later, in a 3rd house that is only seven blocks from that first rental on Gower St. 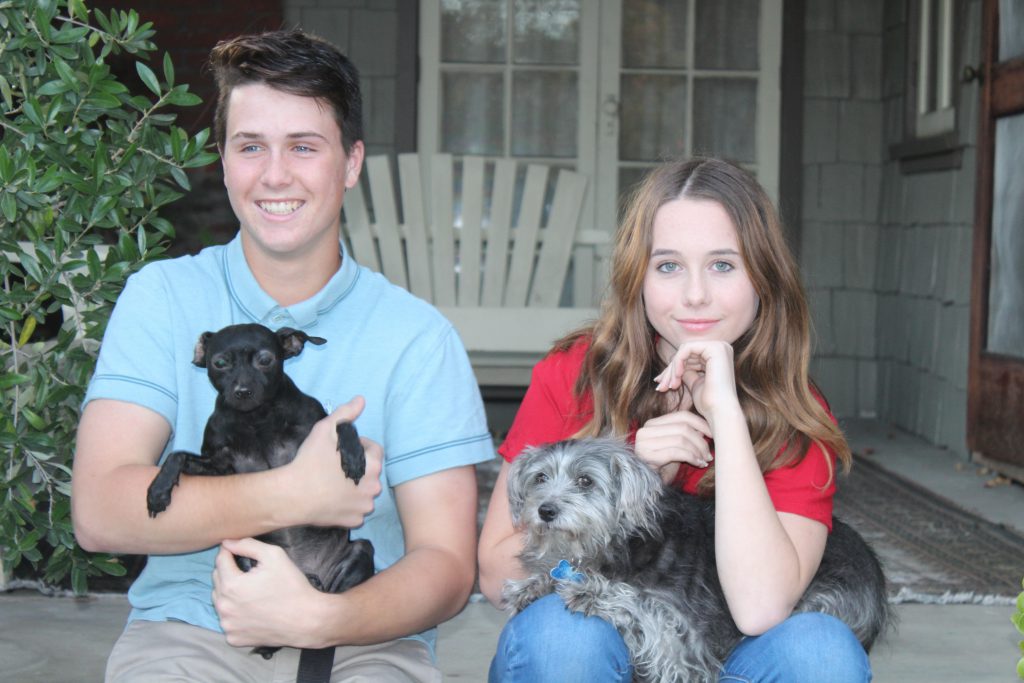 A Taste of Larchmont