The ficus trees that line Larchmont Boulevard create a green canopy that has become a signature element of the street, but the reality is that these trees have aggressive roots that cause significant damage to sidewalks and the plumbing that runs underneath them. On October 7th, two trees will be removed from 226 N. Larchmont Boulevard, in front of the Rite Aid store, to allow for 90 linear feet of sidewalk repair and will be replaced by two new trees as soon as the work is completed. This sidewalk improvement is part of a long-term plan to ensure the safety of visitors to Larchmont and sustain the canopy of trees for generations to come. The entire project is expected to take two to three weeks.

Since its inception in 1998, the Larchmont Village Business Improvement District (LVBID) has faced the problem of how to maintain the canopy while securing the sidewalk safety of pedestrians and minimizing damage to sewer lines.

Tom Kneafsey, president and co-founder of the LVBID, which represents property owners between Beverly Boulevard and First Street, said it’s been an ongoing problem.

“The LVBID has a very limited budget, but allocates $15,000 every year to trim the trees to minimize root growth,” said Kneafsey. “We have tried root blockers, sidewalk shaving, widening tree wells—all have been futile to stop the roots from ripping up the sidewalks.”

In addition, he said, the tree wells that had to be widened to accommodate the aggressive roots resulted in the narrowing of sidewalks for pedestrians.

In 2015, the City of Los Angeles lost a lawsuit that required it to repair miles of broken sidewalks city-wide that are out of compliance with the Americans with Disabilities Act (ADA). According to the Los Angeles Times, the city has pledged to spend $1.3 billion over three decades to address the problem. However, with a massive backlog of repairs to be addressed, many sidewalks will remain in poor condition for years.

There have been several “trip and fall” incidents over the years on Larchmont Boulevard that have risen to lawsuits against merchants and property owners. However, far more incidents occur on a weekly basis that never reach that level. Merchants report seeing people of all ages trip on the uneven pavement, and adults struggle with wheelchairs and strollers.

In 2016, with a grant from the office of Los Angeles City Councilmember David Ryu, the LVBID commissioned Greg Monfette, a certified arborist and consultant who formally worked with the city’s Urban Forestry Division, to conduct a formal analysis of the trees. This analysis revealed extensive structural damage, particularly in front of the Rite Aid store. More recently, the current director of the Urban Forestry Division visited the site and confirmed that the trees in front of Rite Aid need to be replaced and that the sidewalk in front of Rite Aid is not ADA compliant because of the root damage.

Monfette created a rotational tree management plan for Larchmont Boulevard within the LVBID boundaries. The plan identifies the trees that are most compromised and have caused the most root damage to the sidewalks. There is no immediate plan to replace any other trees at this time, but the goal is to slowly replace the trees in a methodical manner in the coming years.

“You can do nothing, but sooner or later, if more claims are made against the city, the city will address the problem,” said Monfette. “And if you haven’t made incremental changes, they could come in and take out a whole lot of trees at once.”

Monfette said that steps such as pruning roots can make trees and sidewalks co-exist, but warned that continually doing so over the years can make larger trees structurally unsound, creating an unsafe situation.

In this case, the cost of the trees and sidewalk is being paid for by the owner of the Rite Aid property, Ron Simms. It was important to the owner to be the example of what the street could look like with smooth and safe sidewalks.

“By starting with these two trees, we can provide an example for everybody to see how this process works,” said Heather Duffy Boylston, co-executive director of the LVBID. “We’ll have information about costs and overall have a better indication of how to move forward with a rotational tree management plan.”

Over the past three years, the LVBID and Monfette have discussed the rotational plan in general, and replacing the sidewalk and these two trees specifically, to key stakeholders. John Winther, president of the Larchmont Business Association, said his organization is supportive of the plan.

“The trees cause innumerable problems—walking and falling hazards, root damage to the plumbing and structural problems to the buildings,” said Winther. “There is absolutely no reason not to replace these trees with a better [species of] tree.”

The Windsor Square Association (WSA), a neighborhood residential group, suggested a policy that withholds tree removal until a tree is “dead, diseased or dangerous.” The LVBID and their expert, Monfette, maintain that this type of approach does not address the pedestrian safety issue, nor the reality of the financial costs involved.

“The removal and replacement of these two trees, along with the repair of the surrounding sidewalk, will cost nearly $40K,” said Duffy Boylston. “If several trees were to become diseased or die within a short time frame, neither the city nor the LVBID would have the funds to replace them. The concern is that if we don’t begin to slowly address this, we will leave a future generation with a bare street and a steep price tag to re-plant it.”

The city has a limited number of trees that are approved for planting. The LVBID has adopted the WSA’s suggestion of a replacement tree for the boulevard—the African Fern Pine.

“At the end of the day,” said Duffy Boylston, “all parties involved in these discussions agree that we all care about safety for our pedestrians, and we also all care deeply about maintaining our green canopy on the boulevard.” 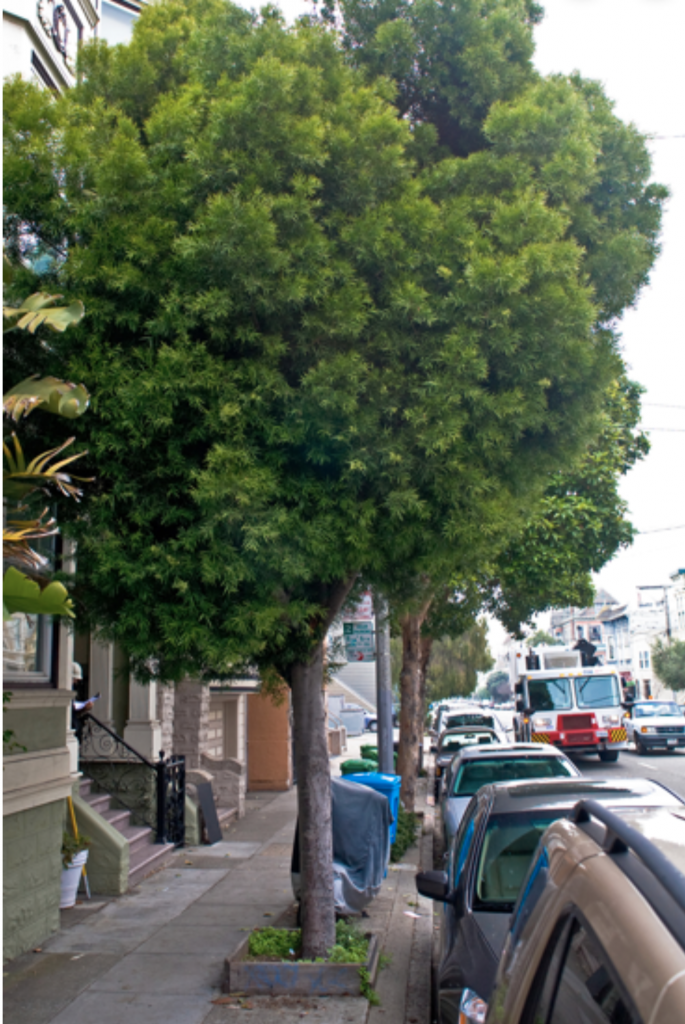 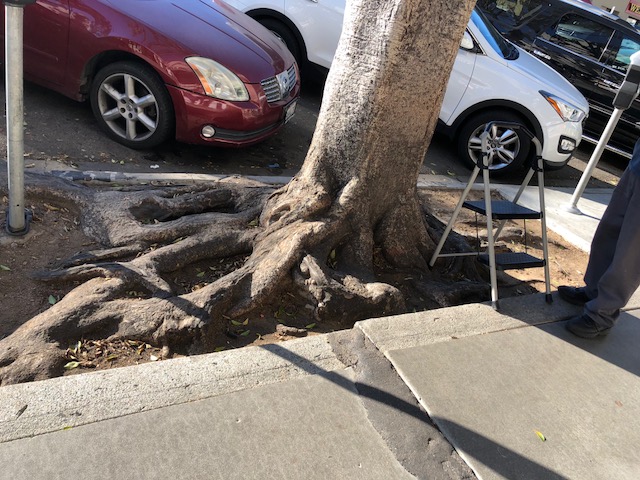 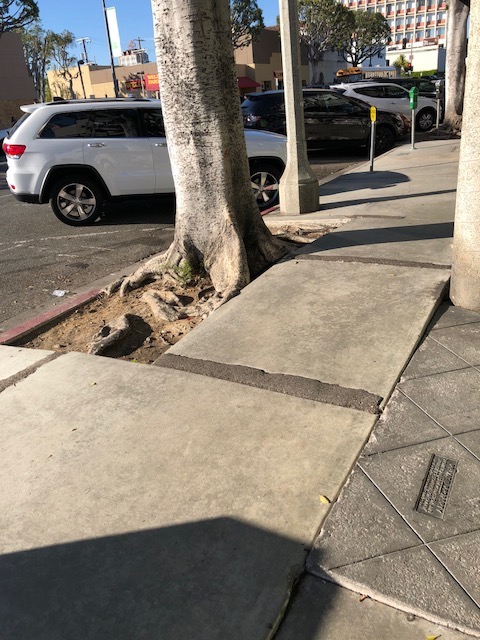 August 28, 2019. By Jada Montemarano - Spectrum News | Around Larchmont, Food & Wine, News of LA
Original Article Here LARCHMONT VILLAGE, Calif. – Take a drive to Larchmont Village for some Italian specialties nestled in a small store front. But it wasn’t always this way. John Boccato opened Larchmont Wine Spirits and Cheese as simply a wine shop in 1995. Leaving his career in finance behind, Boccato wanted to collect...