One of the most iconic sights on Larchmont Boulevard is the gathering of diners underneath the canopy of Le Petit Greek Estiatorio. It’s a lively vision of community and connection. This May, the restaurant will celebrate its 30th anniversary on the boulevard. It’s just the latest chapter in a story for this establishment that has a history filled with love, dedication and great food.

It all began in Nafplion, Greece. Two brothers, Thomas and Dimitri Houndalas, were raised in the restaurant business of their father. Once grown, the elder of the two, Thomas, moved to London where he fell in love with a Los Angeles-based opera singer.  Following his heart, he moved to Los Angeles and found work at the Jonathan Club where he became friends with many who lived in the Larchmont area—including a woman named Nora Sullivan. Thomas used to tease Nora that she would someday marry his brother, which was a somewhat cheeky prediction as Nora had never set eyes on the man. On May 25th, 1988, Thomas opened the doors to Le Petit Greek. A year and half later, Dimitri came to help him—and not long after, married Nora. Today, they have a sixteen-year-old son, Nicholas.

From the start, the idea was to introduce fine Greek dining to an American audience that was used to finding Greek food only in diners.

“Thomas wanted to open up with the traditional Greek dishes he grew up with, and over the years, he and Dimitri added the California freshness factor into it because it’s part of who they are,” said Nora. “They love food. They love health. They love entertaining.”

Thomas has since stepped back from the restaurant to run a bed and breakfast, also named Le Petit Greek, in Santorini, Greece. 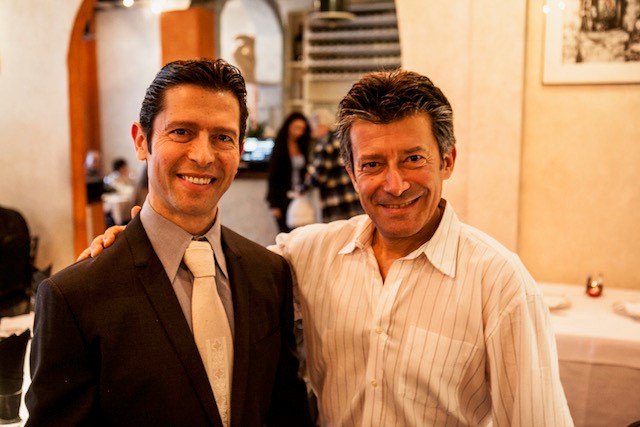 The staff at Le Petit Greek has always searched for the best seasonal locally-sourced produce. Today, they offer many vegan and vegetarian options as well as dishes prepared with grass-fed and grass-finished lamb and beef, and pasture-raised chicken.However, the way diners receive their food seems to be evolving.

“The biggest trend in our business is the rise of ‘to go’ orders, either through delivery services or direct calls” said Nora.  “Families often call in for a dinner for four to go. People are busy and we are here to help them make it work.”

Over the years, the restaurant has weathered challenges beyond their control such as the Writers’ Strike of 2007 and the Great Recession, as well as acted as a beacon of comfort for others in times of crisis.

“At the time of 9/11, it was very somber,” said Nora. “And a lot of people came out to eat. They just needed to be in their neighborhood with familiar faces. There was a lot of just sitting and talking with customers.”

Having run a restaurant on the boulevard for 21 years, Steve Cohen, owner of the Village Pizzeria and next-door business neighbor to Le Petit Greek, said he understands and appreciates the accomplishment of a thirty-year run.

“The family is undeniably committed and dedicated, and that’s clearly proven by 30 years in an extremely tough industry,” Cohen said. “Dimitri and Thomas and their staff present a comfortable and engaging culinary experience as if you are part of their family dining in their home. We only wish them great success.”

Like any Hollywood-adjacent restaurant, Le Petit Greek has hosted its share of celebrities over the years, but a few in particular stand out. Dimitri, a former body builder himself in his native Greece, was thrilled to meet the renowned fitness activist, Jack LaLanne and developed a friendship with the man and his family.

The singer/songwriter Leonard Cohen was also a long-time customer who often celebrated New Year’s at the restaurant.

“[Cohen] once pulled Dimitri to the side,” Nora said, “and gently and sincerely told him, ‘I respect how hard your work and you deserve every success.’ It was so heartfelt, it teared us up.” 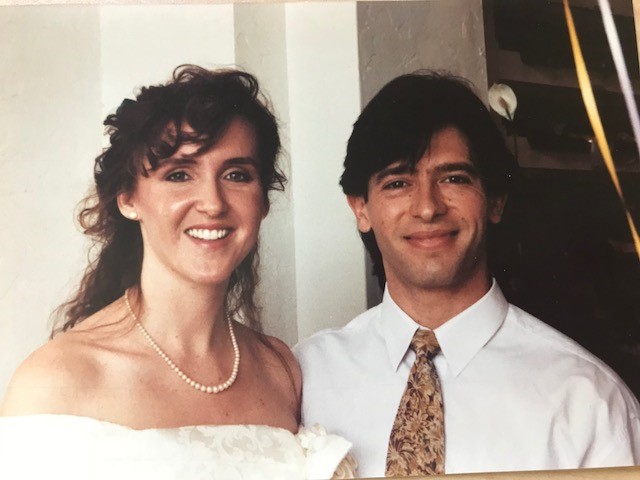 Nora and Dimitri on Their Wedding Day, 1991

The Houndalas family also treasures the way they have shared in the lives of their regular customers. From baptism receptions to bar mitzvahs to memorial services, the restaurant has been the site for all kinds of milestones.

Amanda Mansour, a devoted and regular Le Petit Greek diner since the first day it opened, said that three generations of her family have made memories at Le Petit Greek.

“My family must have eaten there at least once a week, and often more, during my teen years,” said Mansour. “I have watched the restaurant grow over these many years, just as the Houndalas family has watched me grow, and now my own children grow. For me, Le Petit Greek is the heart of Larchmont Village.”

Le Petit Greek plans to celebrate its 30th anniversary quietly, most likely with a shared toast among its staff. Looking back over the years, Nora said that the entire Houndalas family is thankful for the community that has supported them and to the wonderful staff with whom they’ve worked.

“We have met so many people with so many interesting stories and lives,” said Nora. “It has truly enriched our lives and made us grow into better human beings.”

Patriotism in a Parking Lot

March 14, 2018. By Sheila Lane | Around Larchmont
On a crisp March afternoon, in a ceremony that brought a moment of united patriotism, a small crowd of all ages gathered in a parking lot to witness the retiring of a weathered American flag and the raising of a new flag to fly over Larchmont Boulevard. The ceremony was scheduled due to...