‘Tis the season for shoppers to madly dash around trying to find the perfect gift, but even the most driven will pause if a creative store window catches their eye. Louis Eafalla, owner of the Village Heights gift store on Larchmont Boulevard, understands this dynamic and has created a window so festive that he has been named the winner of the Larchmont Village Business Improvement District’s Holiday Window Decoration Contest.

“It’s a fun, friendly competition and I think it adds a little charm to the boulevard,” said Eafalla.

The contest was open to all Larchmont merchants between Beverly Boulevard and 1st Street.  It was judged by Jada Montemarano, a reporter at Spectrum News 1, and shoppers on the street who cast their votes.

Eafalla, who has had his store on the boulevard for almost thirteen years, said that he’s entered the contest several times since it began six years ago.  Sometimes he’s won, sometimes he’s lost, but this year, he joked, he was determined to “take back the crown!” 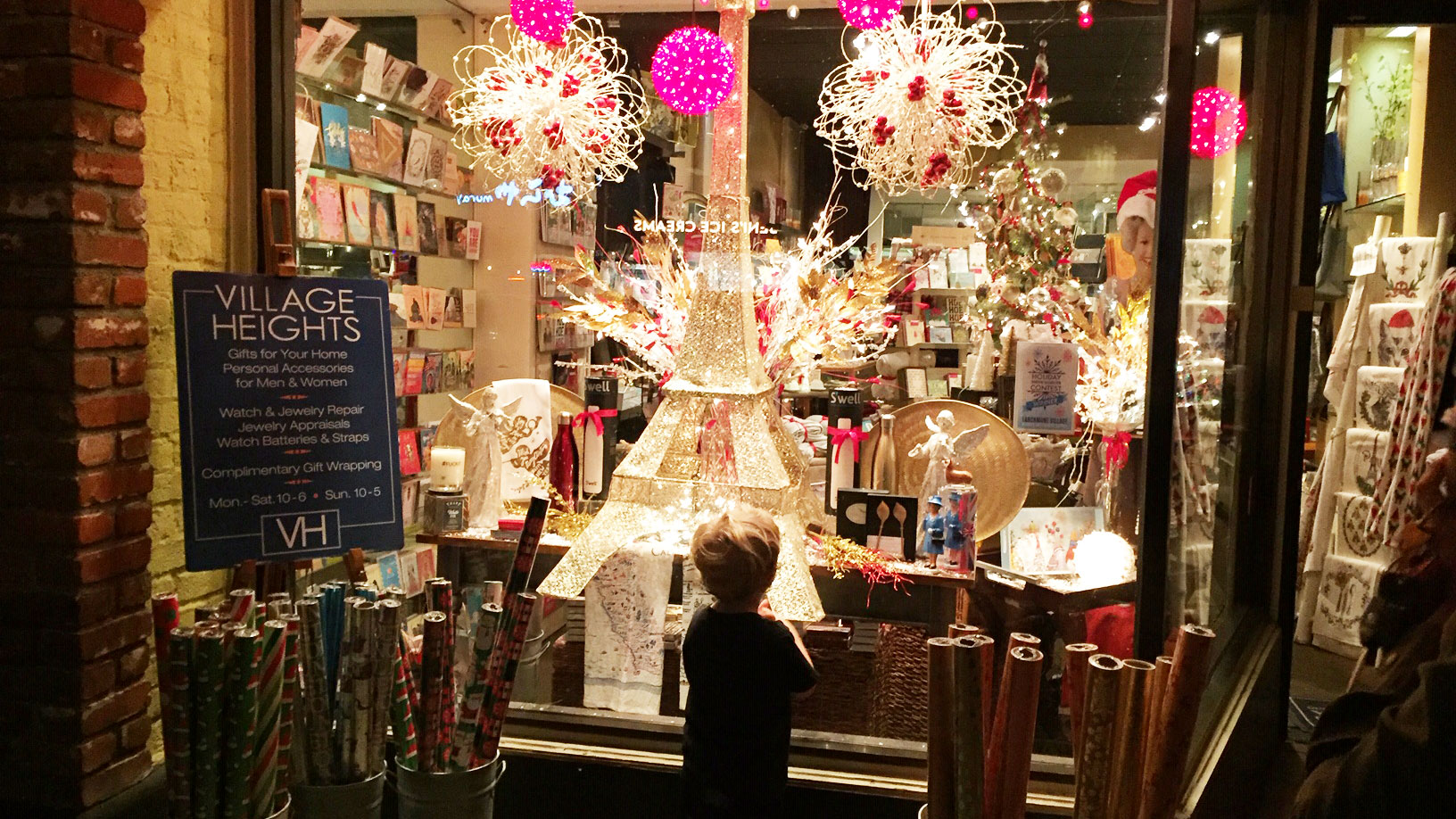 A young boy takes in the sparkling splendor of the Village Heights window display.

The winning window display is a red, gold and silver fantasy with hundreds of twinkling lights centered around a golden Eiffel Tower.  Eafalla said that it took him three times to get it right.

“I started with a Winter Wonderland theme, but it just seemed a little flat,” he said. “It wasn’t sparkly enough, so my theme really was just to make it sparkly and bright so it would attract people as they walked by.  And it’s really worked.  I’ve have people say, ‘Oh, your window is so beautiful it made me want to come in.’”

Once shoppers walk through the doors, they can find a variety of distinctive gifts for everyone on their list. This year, Village Heights is offering more in the way of gifts for men.  In addition to an increased variety of pens, key chains, barware, business card cases and clocks, Eafallla has added a whole new line of natural men’s skincare, Niven Morgan, which has proved popular with customers.  Another item that has been getting a lot of attention are TGT – which stands for “tight”— wallets. These slim and attractive wallets can hold the contents of a conventional overstuffed wallet. Eafalla said the adaptable TGT wallets can just as firmly hold one business card as fifty.

“They are all handmade by an artist in Brooklyn and they come in a variety of styles,” he said.

Although Eafalla has introduced new products to his store for the holiday season, including a collection of beautiful throws, he continues to carry the items that are year-round favorites of his customers.

“We always carry Laguiole,” said Eafalla of the French-made cutlery.  “From cheese knives to full flatware sets.  And, of course, we always have jewelry created by local designers.”

With all these beautiful items, it may seem surprising to learn that the store’s number one best-seller this season is a  candle with a colorful four-letter word expression written on it that essentially means “#Forget It.”

“It’s in the window and it has brought a lot of people in,” said Eafalla. “We’ve sold dozens of them. The “#WTF” candle is a close second.”

Eafalla said he continues to receive shipments every day to help his customers find what they need for the holidays.

“We are stocked like never before,” he said. “If we didn’t have it the last time you were in, we may have it now.”

Rest assured, Eafalla will also keep up his window display skills in the coming months.

“I’ll do a little thing for New Year’s,” he said, “and for Valentine’s Day, I always do something. It’s very pretty and is one of my favorite windows.” 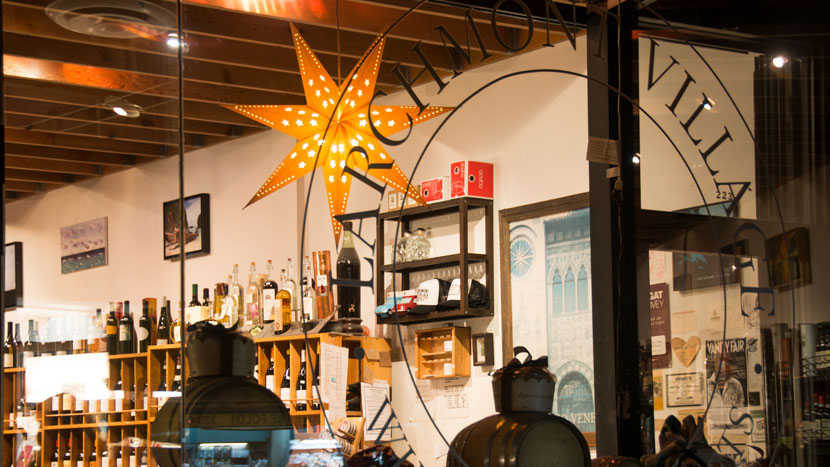 November 20, 2018. By Sheila Lane | Around Larchmont
Around the holidays, there are many decisions surrounding gift-giving and entertaining that require a level of thoughtfulness and knowledge that we wish we had, but don’t quite have. For many, choosing the right wine falls into this category. Fortunately, Simon Cocks at Larchmont Village Wine, Spirits & Cheese is prepared to guide the novice...